On this page, candidates can refer 4th April 2018 Current Affairs Quiz and practice well. The providing current affairs quiz is very important for the candidates who are preparing for competitive exams. So, make use of this chance and practice well. While practicing the current affairs quiz contenders can enhance their general knowledge skills. So, without getting late start the preparation and gain a good score. Candidates who want to place in the government sector must have complete knowledge of current affairs quiz. Below we mentioned 4th April 028 Current Affairs in a Quiz and Answer format. 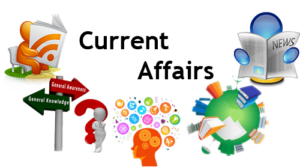 2. According to recent data released by Indian Cellular Association (ICA), India has acquired what position in the world in producing mobile phones?

4. Where is the headquarter of NASSCOM located?

5. Which city has been ranked the top city in the short-term Momentum Ranking of JLL’s annual ‘Global City Momentum Index’ 2018?

6. In what way does the Pradhan Mantri Rojgar Protsahan Yojana (PMRPY) incentivize employers for generation of new employment?

7. Recently Male Declaration was in news, it is aimed at

A. Prevention and control of Transboundary air pollution in South Asia
B. To reduce global greenhouse gas emission
C. To promote free trade among ASEAN nations
D. None

8. The Rangit dam is built across which tributary of Tista River in Sikkim?

9. Who appointed as the new President of NASSCOM?

10. Who has won the 2018 men’s singles Miami Open tennis tournament?

11. Name the American diplomat who was appointed to become the first woman to head UN political affairs, one of the most high-profile positions at the world body.

13. Who is appointed as Deputy Election Commissioner recently?

14. Which state has recently launched scheme named ‘Rupashree’ to provide one-time financial support for the marriage of poor women of the state?

15. Which among the following airports has been adjudged as the cleanest airport in India by Airport Authority of India?

16. Recently Anandibai Gopalrao Joshi was in news, she was the

17. Who has been appointed as the new Joint Secretary of 15th Finance Commission of India?

18. West Bengal government launched which scheme for the marriage of poor girls?

20. What is the rank of India in the Global Startup Ecosystem 2017 Index?