The latest Goa PSC Recruitment 2018 information is provided here. A huge number of job seekers has put an effort to get a job in Government Sector. There is a heavy competition for Goa Public Service Commission Jobs. So, who wants to fill full their dream is to get a job in Goa PSC must garb this excellent chance. All the job seekers have look at this page. Through this page, you can easily check Goa PSC Notification 2018. Scroll down and check more recruitment. Suitable aspirants can use the chance. So, aspirants who are waiting for the govt jobs can apply for these according to your qualification.

On this page, we update all the latest information regarding Goa PSC Recruitment 2018. There are many job opportunities available in both public and private sectors in Goa State. And also there are a humongous number of opportunities in catering and hotel management section. And also a good number trading is carried out through water so there are huge openings in shipping corporation are also available out there. candidates who are interested in doing govt jobs can check this page for more information regarding the job notifications that are recently released by the government of Goa.Various job openings in the government sectors are monitored by the public service commission of Goa. GPSC will be work simultaneously with the State government of Goa. So, interested candidates can apply for these GPSC jobs 2018  as Notifications are released from time to time depending upon the vacancies.  candidates who are eagerly waiting for the state Government Jobs in Goa State can check our page for more information as sarkarirecruitment update notifications about Government jobs very often. Recently the state government of Goa has announced many openings in the public sector for the year of 2018.

According to 1962, the Indian Parliament passed bill the 12th Amendment Act, 1962 to the Constitution of India, under which the Territory of Goa, Daman & Diu was included in the Schedule I of the Constitution of India (Constitution) and was declared as a Union Territory. As a Union Territory, all the selections for Gazetted group “An” and “B” posts were made through the Union Public Service Commission (UPSC). All their service matters, such as promotions, confirmations, seniority, recruitment rules, disciplinary matters, etc. were controlled by the UPSC. The reservation in favor of various categories like SC, ST, OBC, PH or CFF etc., are indicated as also the age limit. Only the candidates fulfilling all the essential requirements of the Recruitment Rules are considered to be eligible. Knowledge of Konkani is an essential qualification for direct recruitment in the State of Goa. Depending upon the number of candidates found eligible the candidates are short-listed by various methods viz. written tests and/or skill test and/or physical test and/or screening test and/or group discussions followed by an interview or only by an interview.

The requisitions from the Government are received in the form of proposals indicating a number of vacancies in a particular post in a department or cadre and the mode of filling up the vacancies. The mode of filling up the posts is either by direct recruitment inviting applications from the open market or by way of promotion from lower grades which are called feeder grades. The recruitment is strictly governed and guided by Recruitment Rules framed by the Government under Article 309 of the Constitution under the advice of the Commission. In a case of direct recruitment, the Commission publishes the advertisement, notifies the number of vacancies with requirements of essential qualifications and experience as per the Recruitment Rules. 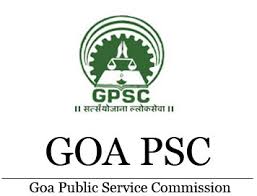 Individuals who wish to apply for the Goa PSC Groups posts must have the following requirements.

Contenders who are willing to Apply GPSC Jobs 2018 the Application fee may vary from Recruitment to Recruitment, and for Backward Classes, there will be Fee waiver.

Every Year Government of Goa State Releases new Notification to Recruit Candidates throughout the State. This whole Process of Recruitment will be Conducted by a Government Body called GPSC ie., Goa State Public Service Commission by releasing Groups notifications.