Telangana Polycet Hall Ticket 2017: The students after completion of SSC or 10th Class thinks about what to join or study next.Some may prefer to join in Intermediate and some other want to join technical courses like Diploma or Polytechnic.So the candidates who wish to join in diploma courses in Engineering / non-engineering / Technology departments across Telangana state have to write this Telanaga Polycet exam.They already registered for this exam and now they can get the polycet hall ticket by log on to the official site i.e. polycetts.nic.in.The exam date is on 22nd  May 2017.

Usually, this exam is a state level exam conducted once in a year by the SBTET. SBTET Telangana (TSBTE) is the state Board of Technical Education and Training department of Telangana State.By using this exam score as eligibility criteria SBTET provides admissions for the students who want pursue diploma or polytechnic courses in the respective departments.If the students who don’t write this exam is not eligible for the diploma across Telangana state Colleges.So the applied contenders can take the Telangana Polycet Hall Ticket PDF .The students who perform well in this exam can get a good institution or college for diploma admission  in a good department in which he/she is interested to join.

Now the candidates who want to make a way in technical fields at earlier stages   of  education for the successful career since completion of SSC  choose to join in diploma or polytechnic courses ,so they want to write this exam.major number of people had already registered for this exam and also started the preparation.Now they are in search of Telangana Polycet Admit card PDF to know the correct details of exam date,time etc.Any candidate preparing for any exam are anxious about the release of admit card. After completion of exam within few days, we will also update the answer key , results whenever they release in our site sarkarirecruitment.com 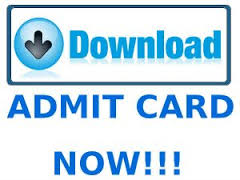 Admit card or hall ticket is needed for any government exam to know the candidate’s name ,education and the details of the exam like venue of the exam,date of the exam,exam paper .It acts as an ID proof of the candidate,Without admit card the candidate is not allowed to write any exam.During interviews also the officials first verify your call letter and then they allow for an interview. Admit card is a compulsory document just like our educational documents.

Once you saved your hall ticket clearly check the printed details in the hall ticket as soon as possible.If any mistake is printed, intimate immediately to the officials through the official site to correct the details.