UP Jal Nigam Seva Mandal JE Previous Papers are Updated here in PDF Format. UP Jal Nigam Seva Mandal has announced notification for the post of JE. The recruitment will be conducted through exams and interviews according to the schedule.As many people are seeking for UP Jal Nigam Seva Mandal JE nowadays, the majority of the people already started their preparation, as a result, there will be heavy competition for these jobs. It is the right time to start preparation in order to meet the competition. Well, planned execution and hard work are required so that the candidate can easily clear the paper.For Syllabus, Exam pattern, Previous papers and further notifications can check our site Sarkari Recruitment. 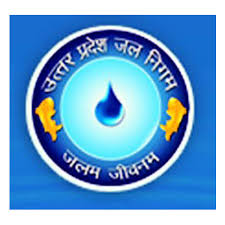 About UP Jal Nigam:

In the year 1894-95, a small Sanitary Engineering Branch with its headquarters of Allahabad was established under the administrative control of U.P. public works Department. A few technical assistants were deployed in the branch & this unit was entrusted with the job of preparation of projects of water supply which were to be executed the rough contractors or large engineering companies. The first sanitary division was established with the skeleton staff in the year 1913-14 at Saharanpur. Promulgating of UP Municipalities act in the year 1916 bestowed some powers in local bodies. Creation of local bodies in towns ushered in pressure building to provide better amenities especially drinking water. The Royal sanitary commission constituted by the Government visited the entire state to take stock of drinking water & sanitation facilities and submitted its report towards the end of the year 1920. Consequently, in the year 1927, the then existing Sanitary Engineering branch was enlarged & given the status of a full-fledged department This new department was named as PUBLIC HEALTH ENGINEERING DEPARTMENT & was headed by officers of the rank of superintending Engineer.

To have an easy glance at the type of exam and to make preparation easy, UP Jal Nigam Seva Mandal JE Previous Papers are provided on this page. These papers will help you in a number of ways. At first, leave the tens of how to get the exam use these papers properly so that you can get an idea how the pattern will be and eventually candidate can plan accordingly.UP Jal Nigam Seva Mandal JE Previous Papers contains questions related Quantitative, Aptitude, Reasoning and English language.so, you must be well aware of these before going for the Examination.Basic Computer knowledge is also mandatory as the jobs will be done on Computers.

The Exam will be conducted on Subjects like Reasoning Ability, English Language, Quantitative Aptitude The candidate should keep in mind of the time limit. Candidate should go through the previous papers available on our site Sarkari recruitment to Prepare more effectively so that candidate can crack the exam.It is better to solve these papers by keeping time it will help the candidate with the aspect of Time Management.

Applicants who are preparing for the UP Jal Nigam Seva Mandal JE exam need a better stuff to study properly, so here we are providing the syllabus/ exam pattern & previous year papers in pdf format.All the topics should be covered by the candidates so that they can easily crack the exam and our previous papers provided on our site will be helpful to check the format so that the candidate may not feel tense at the time of the exam.