Practice Today’s Current Affair Quiz to get an idea about the latest current happenings in India. From the below section of this page, you can find the 4th November 2017 Current Affairs Quiz. So without any late check this page and start your quiz to improve your knowledge. On today’s Current Affairs Quiz we discuss about MOU with Singapore for skilling youth of the state, Sports, World’s highest motorable road, Bondla Wildlife Sanctuary (BWS), Sovereign Gold Bond Scheme 2017 -18, International Conference on Ramayan Circuit and Mithila-Awadh Relations, India’s high commissioner to Pakistan, first woman Director General and Inspector General of Police of Karnataka, about World Economic Forum’s (WEF), Chief Financial Officer of the Paytm Payments Bank (PPB), Director General of Bureau of Police Research and Development, and more. Hence, we advise the applicants scroll down this page and practice the 4th November 2017 Current Affairs Quiz. 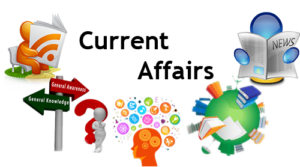 1. Which state government has signed an MOU with Singapore for skilling youth of the state?

2. Name the women to top the 2017 World’s 100 Most Powerful Women list released by Forbes recently.

3. World’s highest motorable road constructed in which region of Jammu and Kashmir?

4. The Bondla Wildlife Sanctuary (BWS) is located in which state?

5. The Reserve Bank of India has fixed the purchase price for the Sovereign Gold Bond Scheme 2017 -18 Series-VI at

6. TV Narendran is the global CEO, MD of

7. Which country is hosting the International Conference on “Ramayan Circuit and Mithila-Awadh Relations”?

8. Who has been appointed as the India’s high commissioner to Pakistan?

9. Name the first woman Director General and Inspector General of Police of Karnataka appointed on October 31, 2017.

10. World’s highest motorable road constructed in Ladakh at a height of over

12. Ethanol s naturally produced by the fermentation of ___ by yeasts.

13. Who is the Chief Financial Officer of the Paytm Payments Bank (PPB)?

14. Which Bank has signed an agreement with SIDBI to launch a Rs. 200-crore fund for providing loans to MSMEs?

15. What is the rank of India in the list of the most obese nation in the world according to a study conducted by Assocham and EY?

16. The term “Fake news” named which of the following dictionary’s official Word of the Year for 2017?

17. India’s first-ever conservation reserve for blackbuck will come up in which city?

18. Who is the Director General of Bureau of Police Research and Development?

19. Which among the given sites has been awarded the 2017 UNESCO Asia-Pacific Award for Cultural Heritage Conservation?

20. Central Government has allocated how many crores to promote the tourism projects in Puducherry?